KILLUSTRATIONS, the award winning design studio founded and operated by German artist Bjoern Goosses, has relaunched its website. Dip into a world of unique artistry and head over to killustrations.com!Primarily working in the field of digital compositing, KILLUSTRATIONS uses a variety of techniques to create unique imagery between playful surrealism and colourful morbidity. The interdisciplinary works range from music album and apparel artwork to logotype design, photography and basically everything else in the sphere of graphic art. KILLUSTRATIONS' client list nowadays reads like a Who's Who of today's metal music scene, including renowned bands, labels and festivals from more than 25 countries. Looking over the rim, KILLUSTRATIONS has furthermore worked with writers, directors, companies and NGOs from various branches and genres. To put it in a nutshell, KILLUSTRATIONS aka Bjoern Goosses lives and breathes graphic art. Hence the maxim: happy designs for happy people.
Posted by FEATURED ARTISTS at 2/14/2014 02:15:00 PM 3 comments: 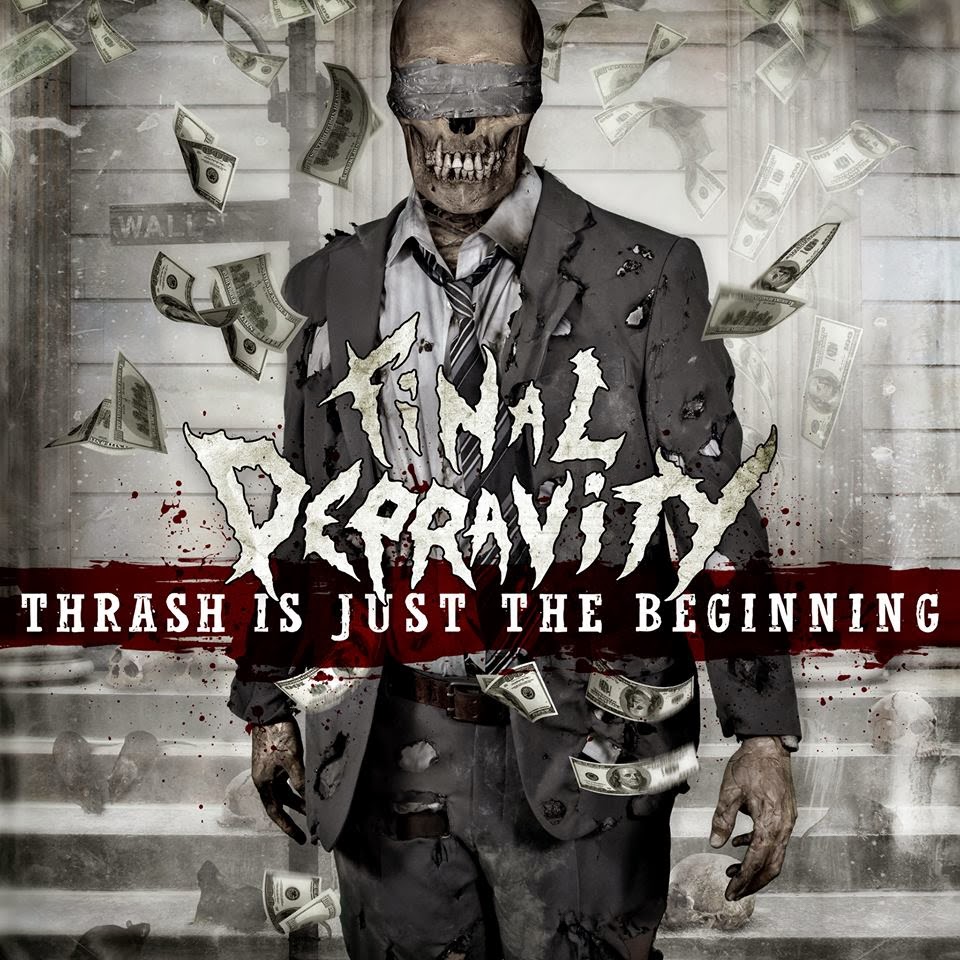 German thrashers FINAL DEPRAVITY have released a video for the title track of their new album, Thrash Is Just The Beginning, via YouTube. The clip can be seen below.Thrash Is Just The Beginning was released on December 13, 2013 via Nihilistic Empire Records / New Music Distribution. The album has been produced by Sascha Risseler and mastered by Dennis Koehne (a.o. Sodom, Exumer, The Very End).

The artwork has been designed by renowned design studio Killustrations (a.o. Dew-Scented, Nervecell, Hackneyed, The Very End), run by German artist Bjoern Goosses. Listen to the entire album and check for merch on Bandcamp!
Posted by FEATURED ARTISTS at 2/05/2014 01:14:00 PM No comments:

Email ThisBlogThis!Share to TwitterShare to FacebookShare to Pinterest
Posted by FEATURED ARTISTS at 1/12/2014 05:19:00 PM No comments: 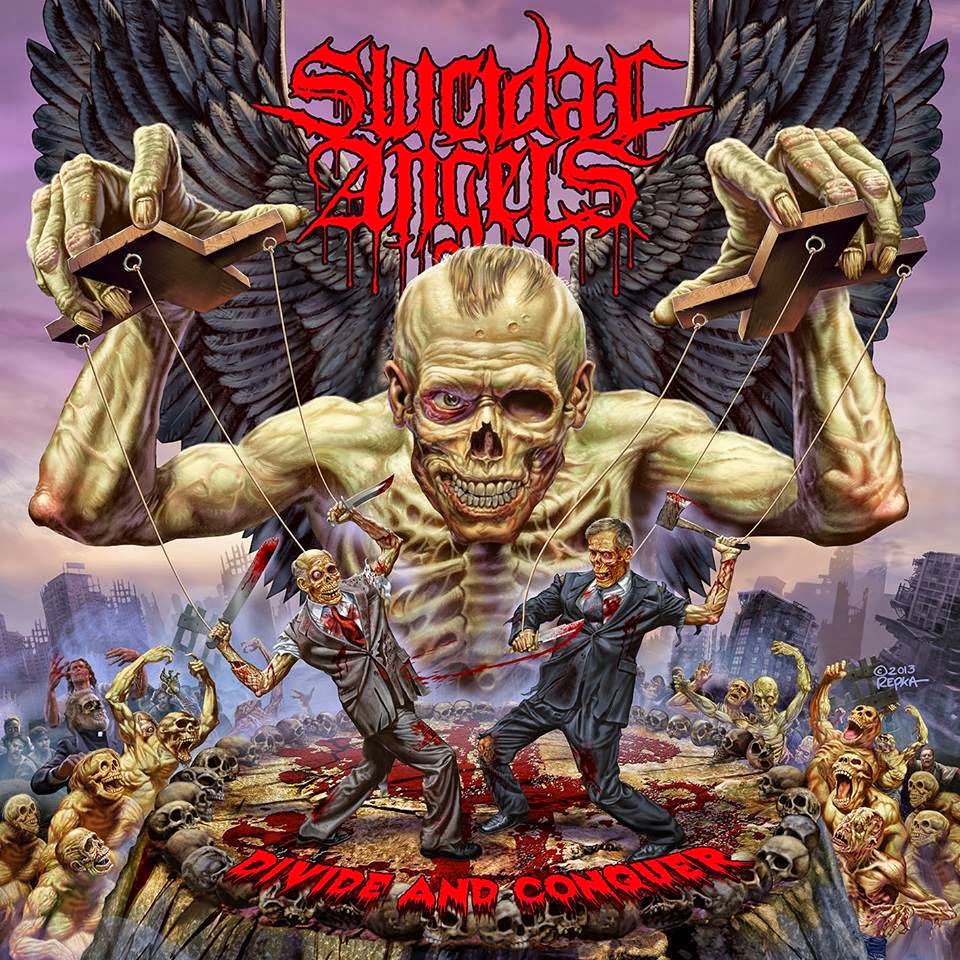 Greek thrashers SUICIDAL ANGELS have released an official video for the song In The Grave.In The Grave comes from the new SUICIDAL ANGELS album, Divide And Conquer, which will be released in Europe January 10 and North America January 14 through NoiseArt Records, available as limited digipak, vinyl in different colors and download. The cover artwork has been handled by another well-known name in the metal biz - legend Ed Repka has worked with MEGADETH, DEATH, MUNICIPAL WASTE and Suicidal Angels before and is quite busy during thrash metal's second heyday.
Watch In The Grave:
“If you notice, in the pit, it's not people fighting, it`s zombies. Also the crowd isn't human, they are zombies. They are the souls of people who have no human feelings anymore. They represent the ugliness and the inhumanity of the humans. Thus, turned into something else, they are easier to be conquered and manipulated.”


The Divide And Conquer artwork is said to be the "perfect mirror" for the album's lyrics, because once again, SUICIDAL ANGELS isn't really interested in booze, boobs and slimy aliens, but instead likes to reflect on the everyday horror of our lives.


"The main subject is the contemporary situation that we all are living in," explains vocalist / guitarist Melissourgos. "There is so much power in the hands of few who have the ability to do everything, but their only fear is everyday and common people. So the only, most direct and easiest solution is to mentally disease the population, in order to fight each other, in order to misjudge reality and not being able to tell what is important and what not. So, like this, without unity, it is easier to become a slave."


SUICIDAL ANGELS will embark on a European headlining tour in January and February 2014. Support on the trek will come from FUELED BY FIRE, LOST SOCIETY and EXARSIS. 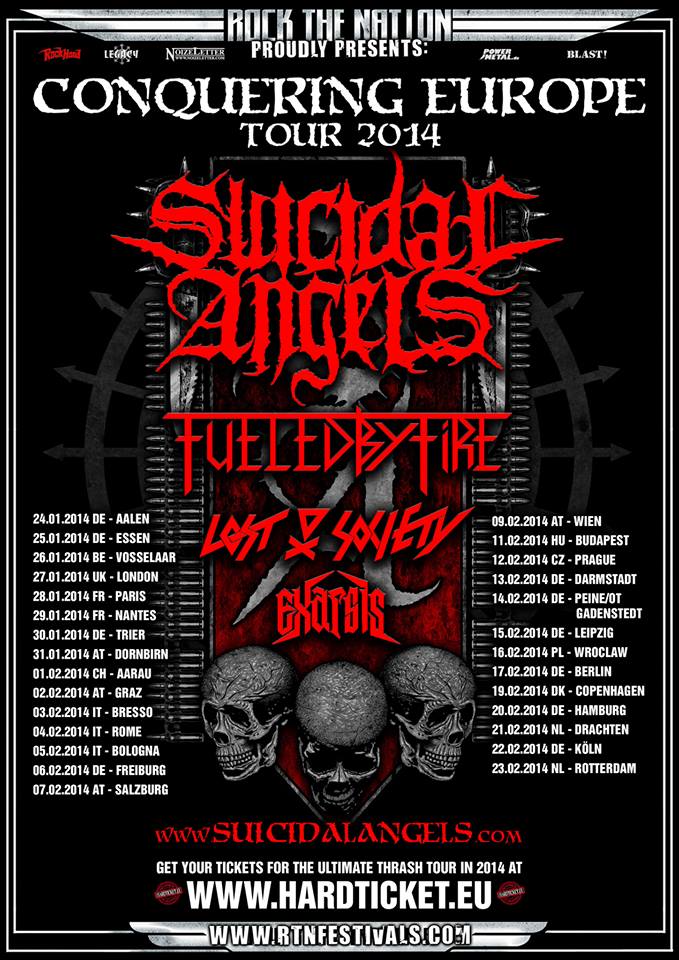 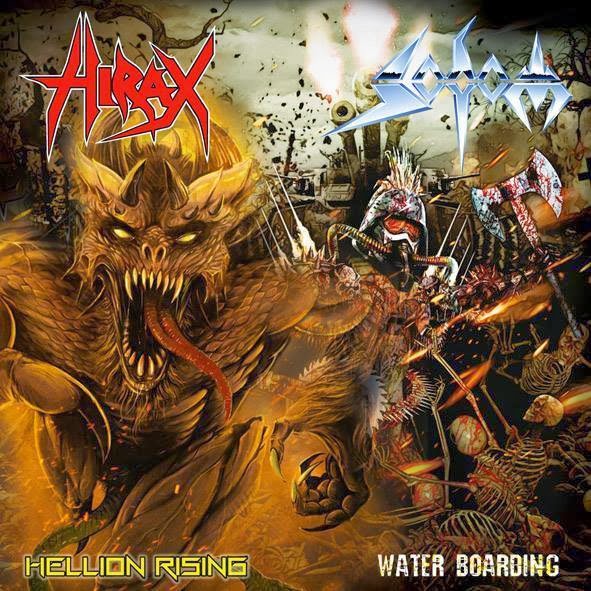 In 2014, SPV will celebrate its 30th anniversary with various campaigns and releases. The celebrations begin with this limited edition 7" single. Only 1.000 coloured and numbered vinyl copies will be pressed which will make this single a highly collectable item for all Thrash Metal maniacs.The SODOM / HIRAX Split-Single vinyl wax record will be released in Germany January 24, Europe January 27 and North America February 4 via SPV / Steamhammer Records.
Posted by FEATURED ARTISTS at 1/07/2014 03:38:00 PM No comments:

Enter E-Mail And Get News Alerts

Thrash Metal
For The Next Generation
Ruhr Area, Germany finaldepravity.bandcamp.com